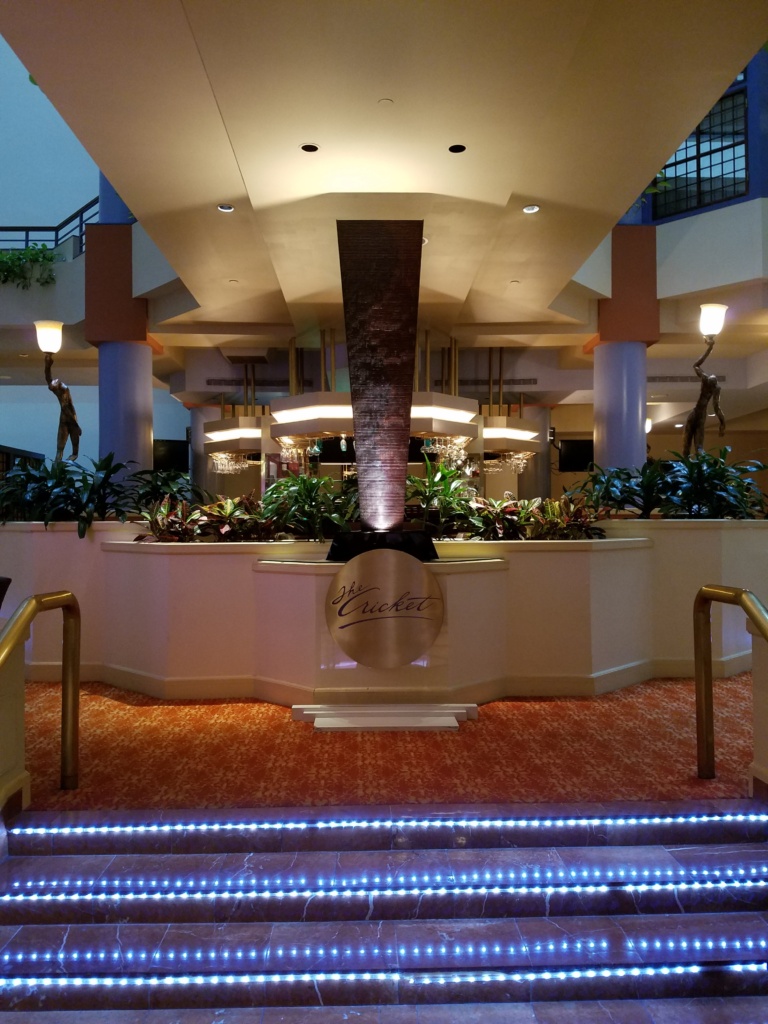 If you didn’t know already, I lived in Cincinnati for 7 years.  It has a number of names – the Queen City, Porkopolis, the Nati — if you’re in school there.  For me, it was home. I fell in love with the culture and oh, THE FOOD.  I left Cincinnati in 2013 to join my now hubby in Columbus. Needless to say, a lot of my favorite people are still in Cincinnati and we make multiple trips there every year.  The cool thing about living outside of Cincinnati is that now I get to stay in all of it’s great lodging spots when I visit! So we’re going to kick off our Cincinnati post with one of my all-time favorite hotels, The Cincinnatian Hotel.

The Cincinnatian is historic.  It is one of the oldest hotels in Ohio, built in 1882.  It originally opened its doors as The Palace Hotel and was the tallest building in the city at a whopping 8 stories. It had 300 guest rooms and a shared bathrooms and it’s biggest claim to fame in those days was the addition of the elevator an incandescent lighting. In the mid-1900s, the hotel took a bit of a dive.  People lived there and it got pretty bad.  The plan was to tear it down and replace it with a parking garage.  The good news is, someone remembered what it was and knew what it could be and in 1987 after a $25 Million renovation, it reopened its doors in all the grandeur of its day.

Now, the hotel has about half of the rooms the original hotel had and, yes, fortunately each room has it’s own bathroom (or two!). The hotel still has bits of its history sprinkled throughout – the grand staircase, which has been featured in countless Cincinnati wedding photo shoots, is the original!  If you look closely, you can see the dip in the marble of over 100 years of foot traffic. If you’re into following the footsteps of those that came before you and find yourself climbing the stairs, you might discover there is a mistake in my story.  I told you there were 8 stories, but this staircase only covers 7.  Good catch!  The 8th floor used to serve as servant’s quarters in the original hotel, so the guest staircase would never have served the top floor.  Now, the 8th floor holds a number of suites and additional guestrooms and can be accessed by the elevators and emergency staircase.

You could spend all day at The Cincinnatian, checking out the art that lines the hallways or feasting on the delicious creations that Chef Nathan Sheatzley serves up in the award winning Palace Restaurant.  On the weekends, you would be smart to enjoy a cocktail and the sounds of the Phillip Paul Trio in the Cricket Lounge. But, we were here for a wedding, so our weekend was well laid out for us.

After 7 years in Cincinnati and many return trips, you’d think I’ve seen it all.  I’ve definitely been to the Cincinnati Art Museum, watched a lot of football at Paul Brown Stadium and a lot of baseball at Great American Ballpark. I’ve crossed the Ohio River on the Purple People Bridge and I’ve sampled all of the favorites – Skyline Chili and Graeter’s Ice Cream — but it took leaving for me to discover one of the coolest things in downtown Cincinnati – the American Sign Museum. 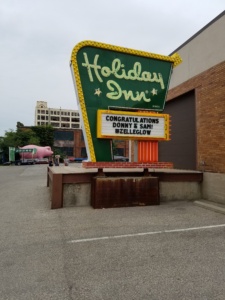 This place is SO COOL. If you’re planning a trip to Cincinnati, it’s definitely worth a visit. You take a step back in time as you pull into the parking lot. The signs they have on display are all kinds of different wonders from the past – restaurant signs, billboards, descriptions of different typeface and so much more.  One of the employees found us staring up in amazement and started giving us some fun facts.  In the middle of the main showroom, there is an enormous spinning globe.  In the opposite direction, little neon cars spin around it.  You probably could have guessed, but this used to be at an auto dealer. 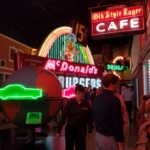 The employee said the piece came from Compton and while it was still there in had a bit of a run in.  It turns out if you look closely, you can see where a bullet hole entered one side and exited the other.  No reason to repair it! A little authenticity adds to the character of the place. If you have a chance to stop next time you’re in Cincinnati, I highly recommend it. They’re open Wednesday – Saturday 10:00 a.m. – 4:00 p.m. and Sunday 12:00 noon – 4:00 p.m. Tickets are $15 for adults and $10 for Seniors, Students, Kids and Military.

After a great night on the town, we headed back to our fabulous room at The Cincinnatian. We woke up the next morning craving a new breakfast experience before hitting the highway.  A quick google search told me of a place I’d never seen before – Cheapside Cafe.  Strange name, I thought to myself.  But, I’m a sucker for artsy pictures of baristas, so I was sold.  Within easy walking distances of The Cincinnatian and other downtown hotels, Cheapside Cafe sits on the corner of 8th St. and, of course, Cheapside St.!  Consider yourself warned, if you blink, you just might miss it. The building itself can’t be bigger than a guestroom at The Cincinnatian and the menu was just as small.  I’m 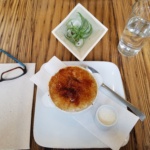 one of those people though, that believes that great things come in small packages and boy was I right.  TJ ordered the Chorizo Egg Sandwich which was perfect and just a touch spicy. It was strangely chilly outside for summer, so I went with what was sure to be a palate pleaser – the Oatmeal Brulee. It was a fancy twist on such a simple breakfast item, but it was a little bowl of heaven.  Everything about Cheapside Cafe was great and I’d definitely go back.

We had a great trip to Cincinnati, but if I “had” to go back, which you know I will, I’d visit some of my favorite dinner establishments.  So if you make it there before me, I want to be sure you get a chance to try them too.  In no particular order – 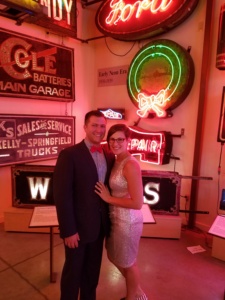