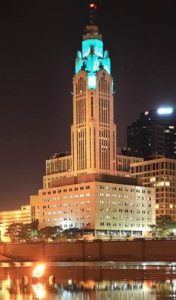 Hi, Inn Lovers! As the newbie of OHLA, this is my first contribution to the Inn Love blog, so hang with me as I share my venture into downtown Columbus to Hotel Leveque, the first Autograph Collection in Columbus, situated within the iconic Leveque Tower. Trust me, you’ll want to hear about this one!

The LeVeque Tower has always been an iconic part of the Columbus skyline, completed in 1927, it became the fifth tallest building in the world (standing ½ foot taller than the Washington Monument). Fast forward to 1975, when Katherine LeVeque took over Hotel LeVeque following her husband’s death. She then managed the day-to-day operations of the hotel, where she lived on the 41st floor until 2011, the same year the hotel officially became a landmark. 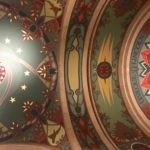 This property’s MO is “A Beacon of Hospitality”, how fitting! From the moment I pulled up in front of the striking building I was in awe. The entryway alone is enough to take your breath away with its intricate metal working, hanging lamps, tiled flooring, painted ceilings… Oh my gosh, we haven’t even made it inside yet! 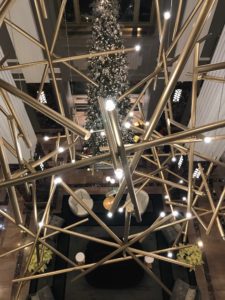 As I walked through the lobby to the super hip front desk I couldn’t help but to look up and see the stellar light fixture in a soaring atrium. I began putting the pieces together and saw the overall theme; astrology! There were seemingly subtle notes all around me including the shimmering ever-changing constellation artwork behind the front desk pods. (Forgive my picture from Christmas, I just had to include this one of the lobby, it was so beautiful! And the tree almost reached the second floor!) 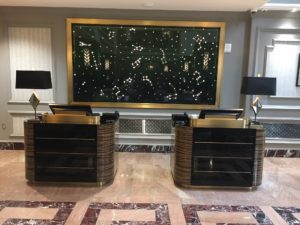 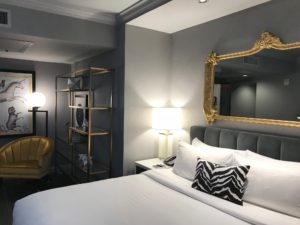 Ok, Inn Lovers, the sleeping rooms are SO fun! The rooms carried on the overall theme with ultra-modern furnishings, pops of gold and yellow, and light fixtures that mimicked the fixture in the atrium. Abstract shelfing also offered unique books, gadgets, and gizmos. After all this excitement, I could not wait to see the restaurant and lounge. 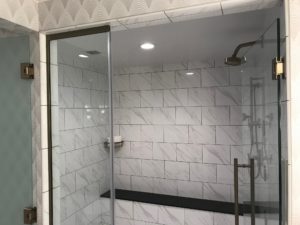 First, I wanted to freshen up and the bathroom did not disappoint! Spacious with marble tiling throughout. And by spacious I mean you can fit at least 15 people in the shower alone. I would be remiss not to mention the toiletries by Cliff Original, which I later found out is a local company right here in Columbus!

I made my way to The Keep Liquor Bar, an overall French concept. It was dark and exciting with quite the menu for food and drink. I started with a Front St. Fizz and dabbled in a few small plates (the braised short rib was delectable!). I couldn’t help but to stay a little longer and absorb the vibe. 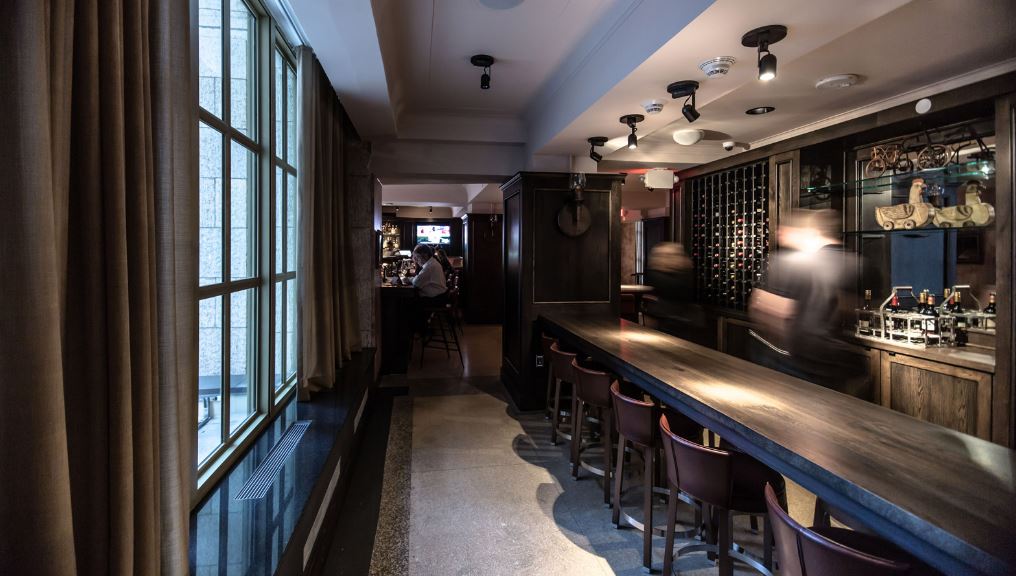 Eventually, I decided I needed to end this fun visit and head to bed (it was a work night after all!). However, I was surprised again! My room had gotten turndown service complete with a projected constellation on the ceiling. This night I got to fall asleep under the stars. 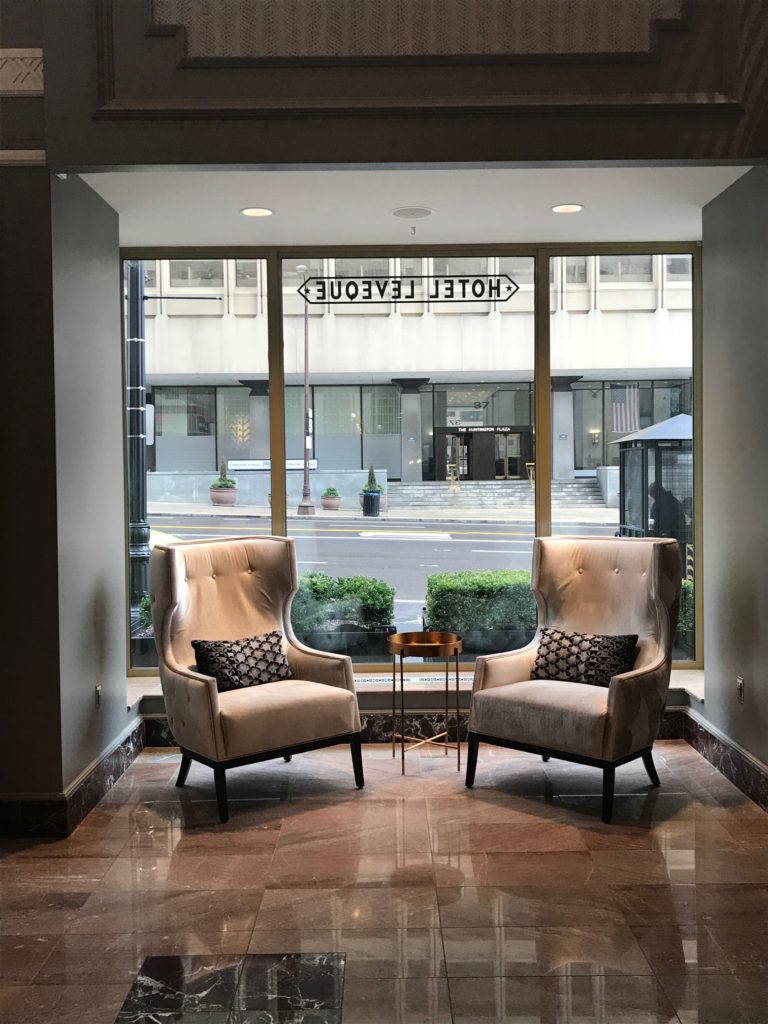 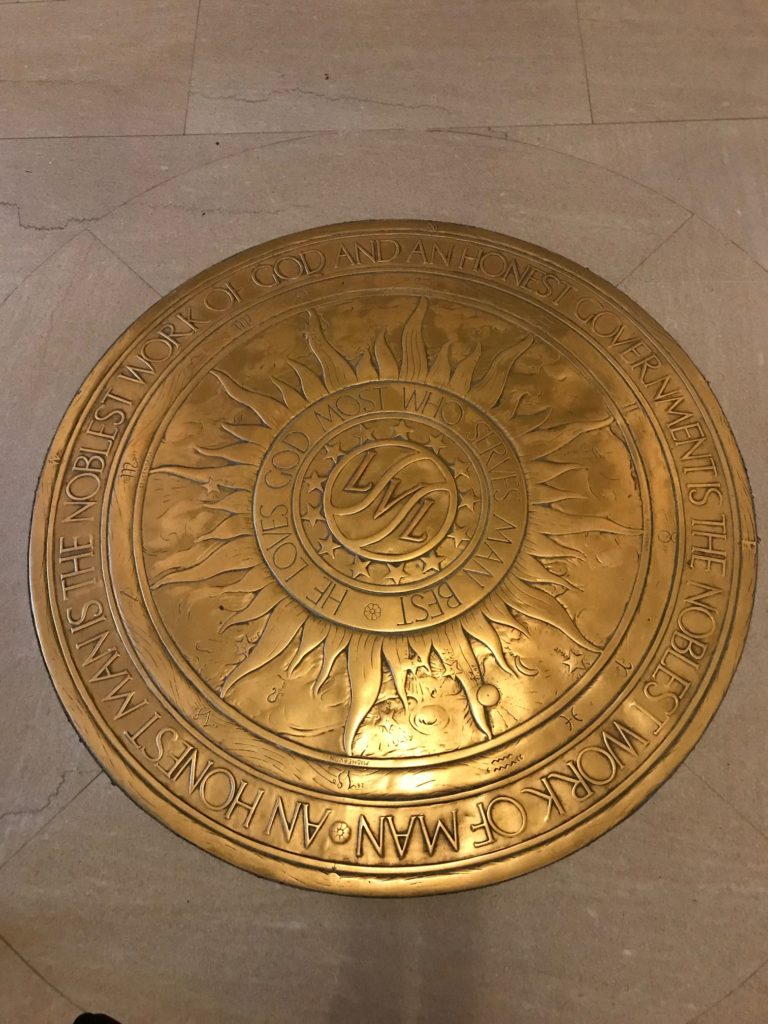 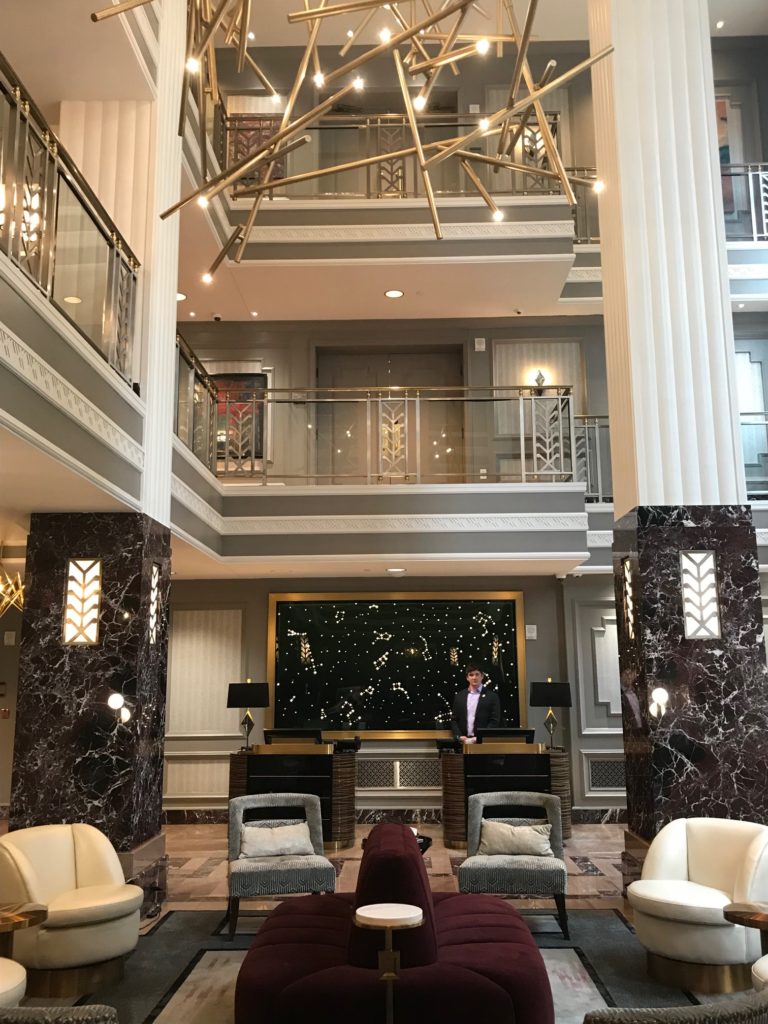