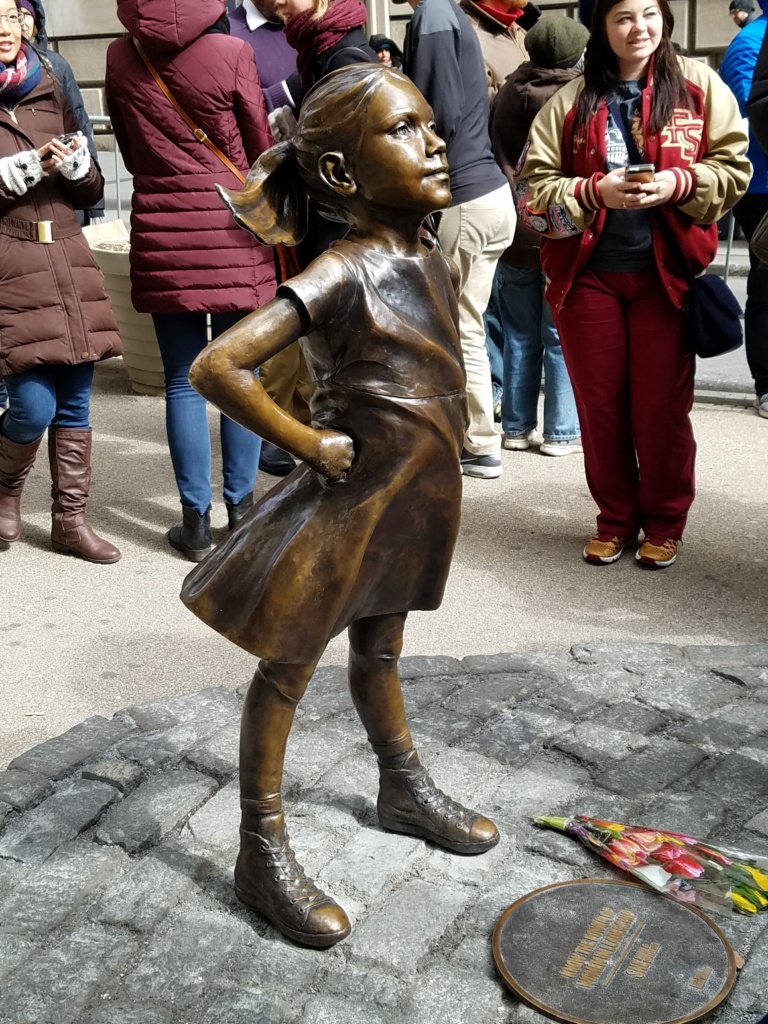 As you know, TJ and I recently embarked on our first European adventure – my first time to Europe and TJ’s first time crossing the pond, we were definitely in for the ride of our lives.  Before we set our sights on Venice, Italy, our first stop on our trip, we spent two full days in New York City, exploring and eating our way around Manhattan.  I love NYC.  I know many people who say they tried it and didn’t like it or even crazier people who say they have no interest in going.  I find that sad, because NYC really is a great place to visit and each time I go, I find something new to discover.  A few years ago, I took TJ to NYC for his birthday – his first trip to the Big Apple.  And he fell inn love.  Of our entire itinerary for our anniversary trip – he only had one request, “can we spend time in New York?” If you haven’t been or you are planning to go soon, take some of our tips here- from hotels, to food (!) to Broadway. 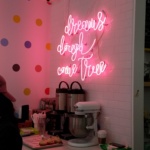 On our first day in NYC, we had an early morning goal in mind – get to DO.  I certainly hope you know what I’m talking about, but I suppose there is a chance you don’t…if you’ve been living under a rock!  NYC recently acquired a new store that has all the bloggers, news channels and TV stations talking. 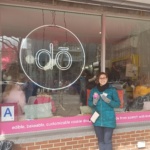 DO is a raw cookie dough store located in Chelsea.  I’ve been keeping my eye on DO for a while, because one of my college classmates is its founder.  We arrived in Chelsea and were confronted with quite a line.  Sadly, it was topping out at 18 degrees and this line was certainly 30 minutes long.  But that’s OK, because I love dessert and I’m only in NYC every few years!  The line moved pretty quickly despite the chill in the morning air and we were rewarded by a fabulous prize – heaping scoops of edible, safe raw cookie dough in all kinds of flavors.  The store itself is BEAUTIFUL – full of bright colors, smiling faces and the sweet sweet smell of sugar. I tried the Cookie DO Sandwich – raw cookie dough packed tight with ice cream. TJ went old school with cake batter dough Both were out of this world and both products were fit for travel, so we took our DO out the door and headed to South Street Seaport. We were destined for the Tkts Tkts booth to find a pair of tickets for TJ’s first Broadway show where we scooped up two tickets to School of Rock.  We rounded out the trip of Manhattan with a quick self-guided tour of the World Trade Center memorial.  Every time I’ve been, it’s been in different stages of completion, so it was nice to finally see the nearly finished product.

You know one of the best things about NYC?  Your step count.  After hours of walking and miles of steps, we finally were ready for dinner.  Last time we visited NYC, we literally stumbled upon a restaurant called the Bluebell Cafe.  I remember it was pouring, pouring down rain and we quickly ducked into the first place we found.  Fortunately for us, it became one of our favorite NYC restaurants. We had a fantastic dinner and finished it off with a signature dessert- Red Velvet cake. 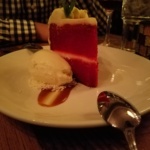 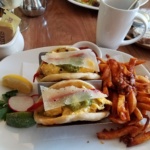 The next day we were set on two things – great brunch and Broadway.  We found a fantastic breakfast place called Meme.  The menu offers up Mediterranean breakfast specialties including a breakfast taco which was one of our favorites. With full bellies – we were ready for TJ’s Broadway debut.  We found our way to the Winter Theater and settled in for the best

Broadway show I’ve seen. If you haven’t seen School of Rock, I don’t care how old you are, it is one of the best shows you will ever see. The music is lively and makes you want to dance and the talent of the children is inspiring. After the show, we made our way to one more meal before we headed to the airport. We specifically searched for best NYC burgers (the list was endless) and found a great spot called Dutch Fred’s.  I had a lavender (!) beer and a bison burger and TJ went with the traditional beef.  For a Sunday night, late, this place was hopping!

But before we leave the States, what would an InnLove post be without the skinny on a fab NYC hotel?  Which let me just tell you, was one of my best NYC hotel experiences.  We were staying at 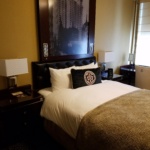 the Algonquin, one of Manhattan’s oldest, most famous hotels. The Algonquin opened in 1902 and quickly became a writer’s haven.  Now, it is operated as an Autograph Collection by Marriott, but still has the boutique, artistic flare of a place frequented by the Algonquin Roundtable:

My favorite feature of the Algonquin is the resident cat – Matilda.  She finally came out for some pets on our way to the airport! 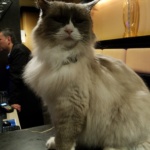 And with some final pets and the flash of that NYC Yellow Cab at the door, we were off to Europe. For two weeks of fun, food and wine…And, we’re off to Venice…