With the coming of a new year, we will be welcoming loads of new hotels into the market in 2018.  The most exciting part for me is that the expanse is diverse – we’re seeing new independent properties, new brands and also new conversions.  One of the most anticipated conversions rounding out the end of 2017 happened a few months ago in downtown Toledo.  The new Renaissance Toledo Downtown Hotel has been brought back to its glory days with a complete overhaul and a new flag – Marriott.  If you haven’t made it to downtown Toledo since its opening early this fall, come along for a sneak peek with this week’s guest blogger, OHLA Executive Director, Joe! 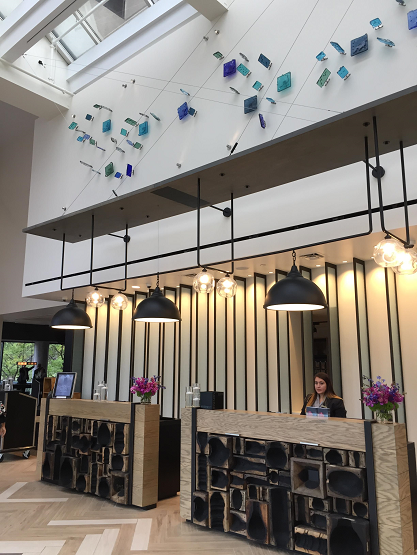 A recent meeting of OHLA’s Northwest Ohio Lodging Council allowed me to stay as a guest of the new Renaissance Toledo Downtown Hotel, a first-class and exciting addition to this great city’s downtown hotel package.  This spectacular and monumental project brings a great upscale Marriott lifestyle brand into the site of the former Toledo Grand Plaza Hotel.

A complete-to-the-concrete $30 million renovation has resulted in a stylish and comfortable 13-story, 240 key property with 18,000 square feet of meeting space. This was shown to members of the public and special guests with great flair at the hotel’s grand opening celebration on Sept. 27. 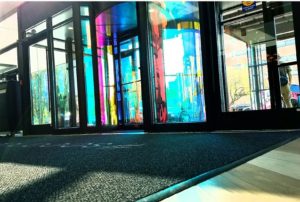 The property takes design cues from the historic and hard-working city it serves. A prominent theme was Toledo’s role as the “Glass City.”  Entering through a prism doorway, guests are immediately presented with beautiful works from the Toledo Museum of Art.

The glass theme didn’t stop there. It was carried into the special experience the Renaissance created for the Grand Opening with a fun and funky blown-glass couture show, featuring a cadre of models who circulated among the guests throughout the event. 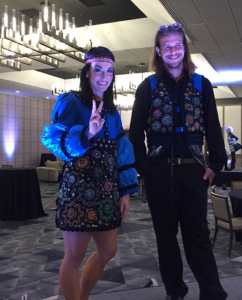 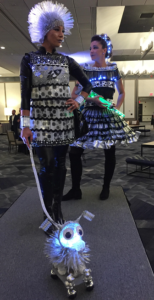 Similar touches permeate the property, from the unique flip-a-switch message board signage, to the dog tag-framed door numbers that give a nod to Toledo’s own Jamie Farr/Corporal Klinger, to the fashionable with a hint of industrial design lounge spaces. 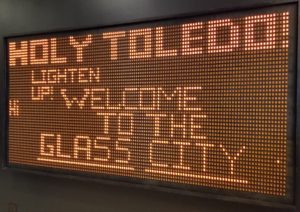 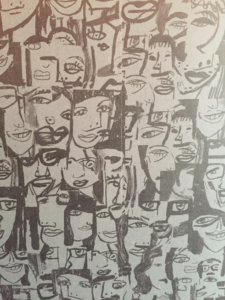 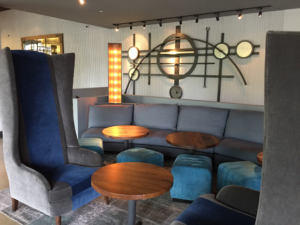 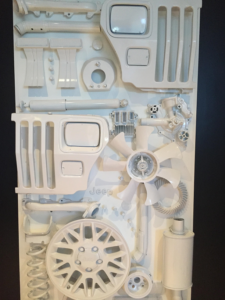 One of my favorite things about Toledo is that it is home of the uniquely American icon, Jeep. As an unapologetic motorhead, I was blown away by the artwork which featured actual components of Jeep vehicles, and more subtle touches such as the elevator door pattern which is actually an authentic tire tread from the WWII-era Willys military jeep. 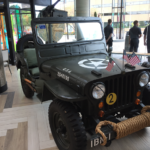 But those touches were topped with the inclusion of an authentic, vintage and near-mint condition military jeep on display right in the main lobby!

The first-floor Brim House restaurant was one of the favorite parts of my stay. 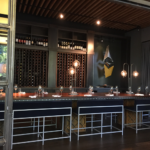 In addition to a great breakfast, the team was so welcoming and the location provided a comfortable, non-rushed place for me to catch up on messages before embarking on my day. The private dinning space features massive built-in wine racks, and a table that blended contemporary flair with Tudor castle grandeur. 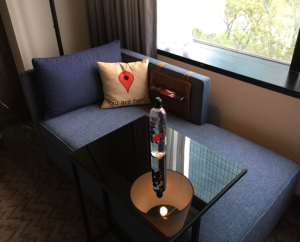 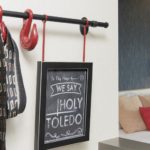 The hotel’s rooms are immensely comfortable but also full of unique touches, including industrial-grade components repurposed for a more restful environment than they were originally employed.   The red iron hooks were a personal favorite and had me asking the FFE team where to place my order. 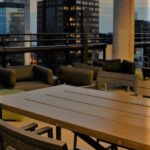 Drawing the most raves was the Renaissance’s new rooftop bar and dining experience, The Heights. This edge-to-edge venue provides true 360-degree views of the city and one of the most comfortable and usable rooftop environments I’ve seen. But it isn’t just about views.  The excellent service, top-notch food and drinks, and use of glassware from Toledo’s own Libbey Inc. made it a perfect end to a fabulous stay and off-the-chart opening event. 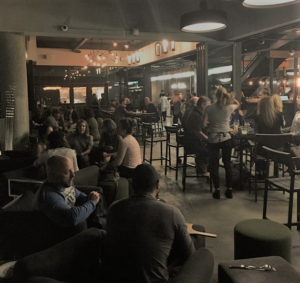 Congratulations to FHG President and CEO Robert Habeeb , General Manager Jeff Hassan and the entire Renaissance Toledo team for a successful opening and for all the success to come for many years. 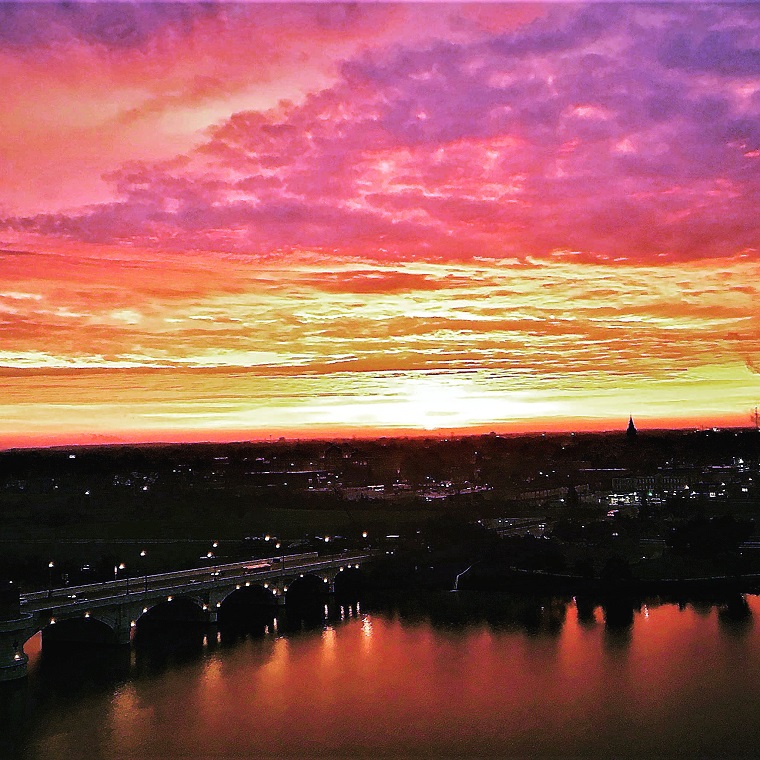