Every December, I get a chance to flee the Ohio snow for something adventurous at our annual International Society of Hospitality Association Executives (ISHAE) Winter Summit.  Last year, TJ and I got to explore San Francisco and the Napa Valley, but since I’m not drinking as much wine these days (baby on board!) I was excited to have the opportunity to spend a few sunny days in Florida. One of the coolest parts of this annual excursion is that ISHAE does a fabulous job of showing off the country’s best hotels.  Travel with me to the Pink Palace… the Don CeSar on St. Pete Beach!

The Don, as we started to call it, is truly a masterpiece. Inspired by love and built by tears, you can’t help but feel the history seeping through the walls while you’re there.  Arriving at the Don is an experience in itself.  The entrance is a massive uphill driveway, delivering you to its impressive entrance, decked out at this time of year with a beautiful wreath.  (You know, on that note, I do always have some internal conflict about being in a warm place with Christmas decorations. It’s so confusing for me!) 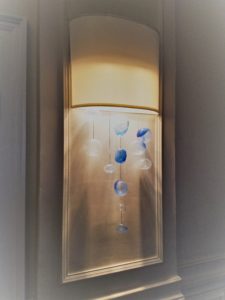 Past the front doors, you’re greeted by warm smiles, more Christmas decorations and beautiful, classic decor.  I absolutely loved the chandeliers and lighting throughout the public space.  The glass orbs were hung just so to give the illusion of jellyfish! I followed the “jellyfish” to the doors across from the entrance leading out to the beach. How, oh how, was I supposed to sit in a conference room all day when this awaited on just the other side? 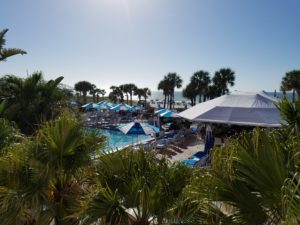 And maybe that was the point?  The history of the Don leads you to believe it was built on something like that.  The Don’s designer, Thomas Rowe, was once madly in love. After careful plans to run away together finally came to a head, the love of his life, Lucinda, was swept off in the night by her family, claiming that this poor American boy was not good enough for her. Rowe was devastated. After years of writing to her and her family, he finally received a letter in return, containing her obituary.

In 1924, Rowe purchased land in St. Petersburg, FL where he built the Don CeSar that stands today, naming the property after the French play Don Cesar de Bezan.  This play was the basis for the opera Maritana, where he first fell in love with the female lead on stage…Lucinda.

When its doors opened in 1928, it quickly became the place to be.  Only open during January and February, the Don hosted guests such as Clarence Darrow, F. Scott Fitzgerald and Al Capone. Rowe loved his hotel and his staff, many of which were nearby neighbors, and they loved him.  They made it through the Great Depression by hosting the New York Yankees for spring training. Rumor has it, he agreed to serve the team steaks and milk every morning for breakfast! 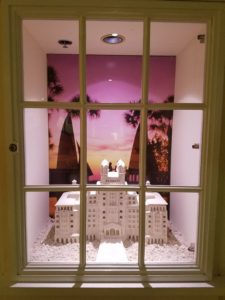 Rowe poured his life into the hotel and the memories of his first love. So sadly, years later, when Rowe died quite suddenly in the lobby of the hotel, the property was left to his then estranged wife who let it fall into despair.  The US Army purchased the hotel during WWII and it became a military hospital and later a US Air Force convalescent center.  But of course, it didn’t function well as a hospital and eventually the property was abandoned.

In 1969 after the property was ordered to be raised, long loyal residents stepped in to save the Don CeSar. They found a hotelier who purchased the property and it reopened as a hotel in 1973. The Don is now listed on the National Register of Historic Places and was a founding member of Historic Hotels of America. 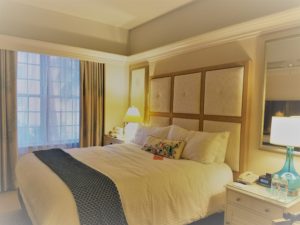 With all of the history, how can you not get swept up in the romance of it all? The renovations of this massive oceanfront hotel that have taken place since its reopening are nothing short of amazing.  The multiple pools, beachfront restaurant and bar are fabulous.   And like my favorite jellyfish light fixtures, the rooms also master elegance with tasteful, appropriate beach decor. 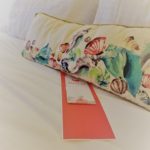 When you visit a resort like the Don, you’re never sure if the culinary efforts will match the price tag.  I was pleased to find that the food at the property far exceeded my expectations.  At one of our events, I even had a chance to have a new culinary experience.  Watch this!

And although I didn’t have the chance to relax at Spa Oceana, I was fortunate to spend a few sunny hours poolside before heading back to blustery Ohio.  And that, my friends, was absolutely worth it.

If you find yourself visiting Florida’s gulf coast, consider a meal, a spa treatment or an overnight at the Don CeSar. Since 1928, they’ve been wowing guests, and I don’t think you’ll be any different. 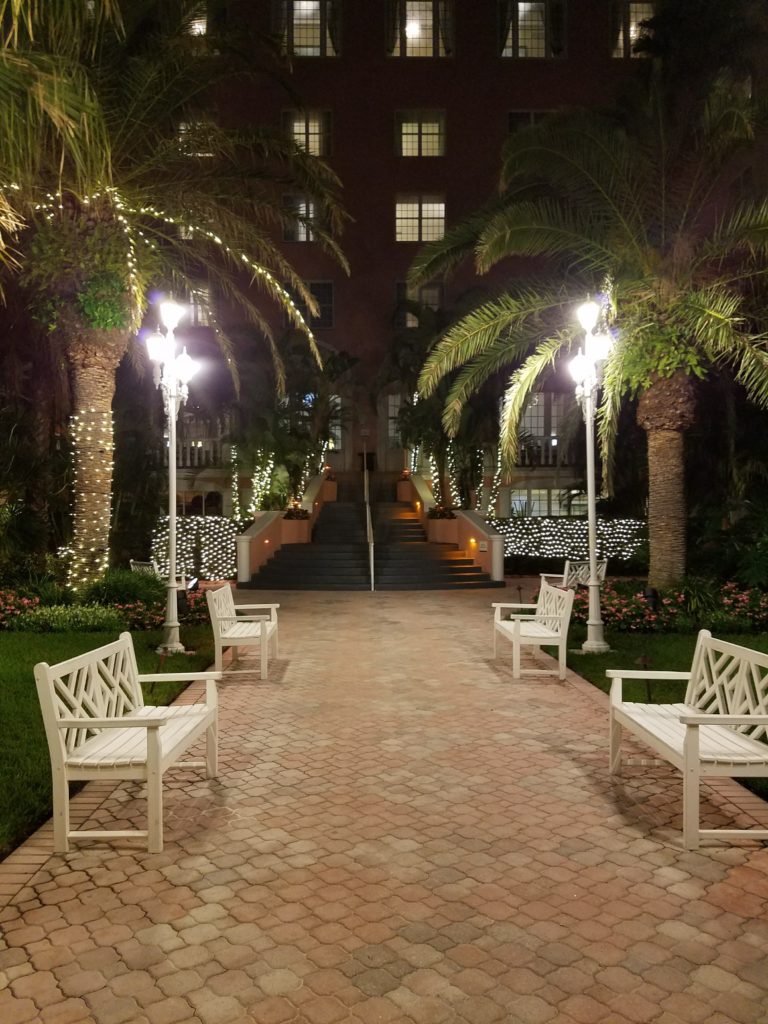