You know how my heart goes flippity-flop for historic properties, and this week, I got to see two in one week! One of my all time favorites is the Hilton Netherland Plaza Hotel in downtown Cincinnati, and that’s where I got to start my week.  If you missed my post about the Netherland Plaza, you can read it in the post, “A Hilton Like No Other.” To wrap up the week, I got my first glance into the Tudor Arms Hotel – a DoubleTree by Hilton. The Tudor Arms is located just east of downtown Cleveland, near Case Western Reserve University and the Cleveland Clinic.  There’s so much history to this place, but don’t let that fool you, the 21st century amenities guests are accustomed to are all there. So let’s jump in! 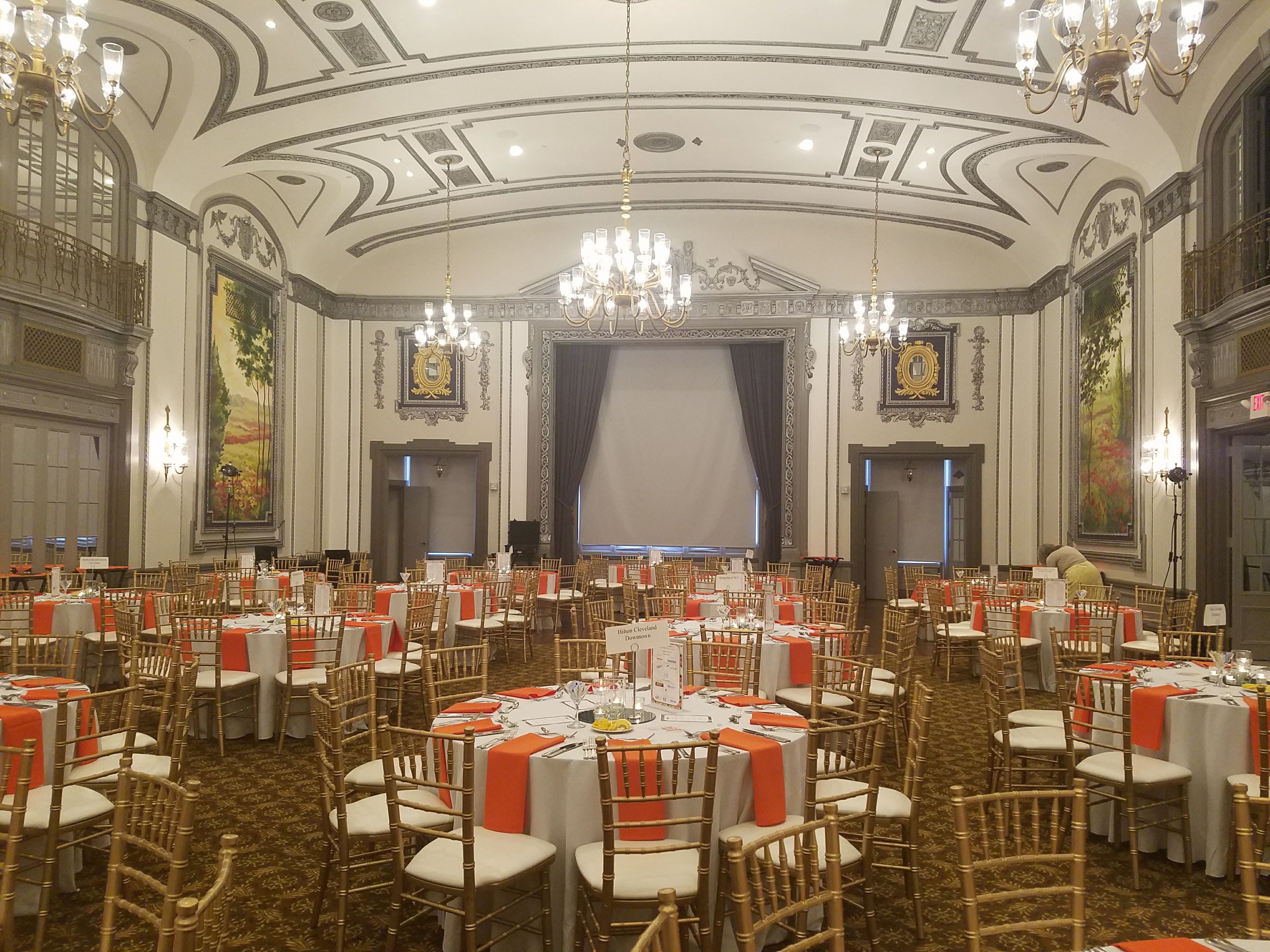 While offering the 21st century hotel experience, the pre-Depression era property is soaked with a rich history that includes lavish parties, massive, beautiful ballrooms, lively jazz music and ornate gargoyle statues. Speaking of parties, we were visiting for one of our own – the OHLA Greater Cleveland Stars of the Industry Event! Doesn’t that ball room look BEAUTIFUL?? 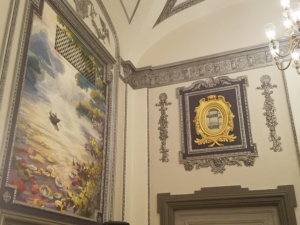 Built in 1933 by Frank Meade, a notable architect credited with a number of historic Cleveland properties, The Gothic-revival property was built to be a luxurious head-turner – bursting with ballrooms, a pool, bowling alleys and elegant, expensive decor. Then, it was called the Cleveland Club, a place for grand parties and celebrations.

The club wasn’t exempt from the Great Depression, and as it recovered it slowly took on a jazz club vibe, eventually transitioning into its current Tudor Arms name. At that time, it became a venue for notable musicians – think Lawrence Welk— as it carried on through the mid-century.

By the time the 21st century hit, the property had fallen into that “it needs some work” stage after undergoing very little restoration throughout its 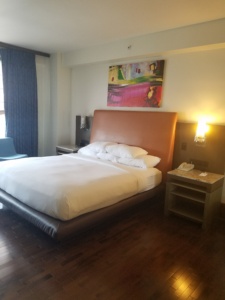 lifespan. Through some ownership changes that included use as dorms for Case Western grad students, it eventually landed in the hands of some Cleveland developers in 2011 and went under a massive renovation to become the DoubleTree property it is today.

The history was properly preserved to maintain its status on the National Register of Historic Places. When you check in and take a bite out of that warm DoubleTree cookie, you’ll still be surrounded by the high ceilings, colorful interior rooms and intricate architecture that greeted guests of the Cleveland Club some 80-plus years ago. It’s a cherished gem with 1930s charm that stands to delight the contemporary hotel guest.

I can’t wait for my chance to return an stay overnight in this beautiful historic gem, close to the hustle and bustle of the newly invigorated downtown Cleveland. 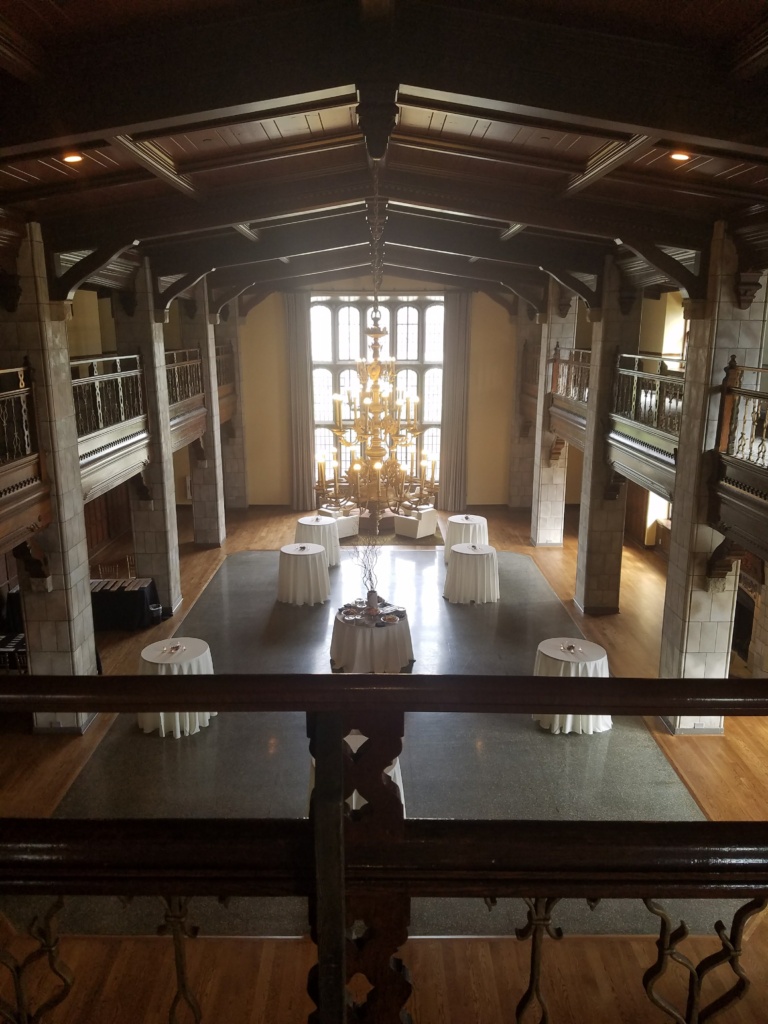 One thought on “Historic Charm in Cleveland”