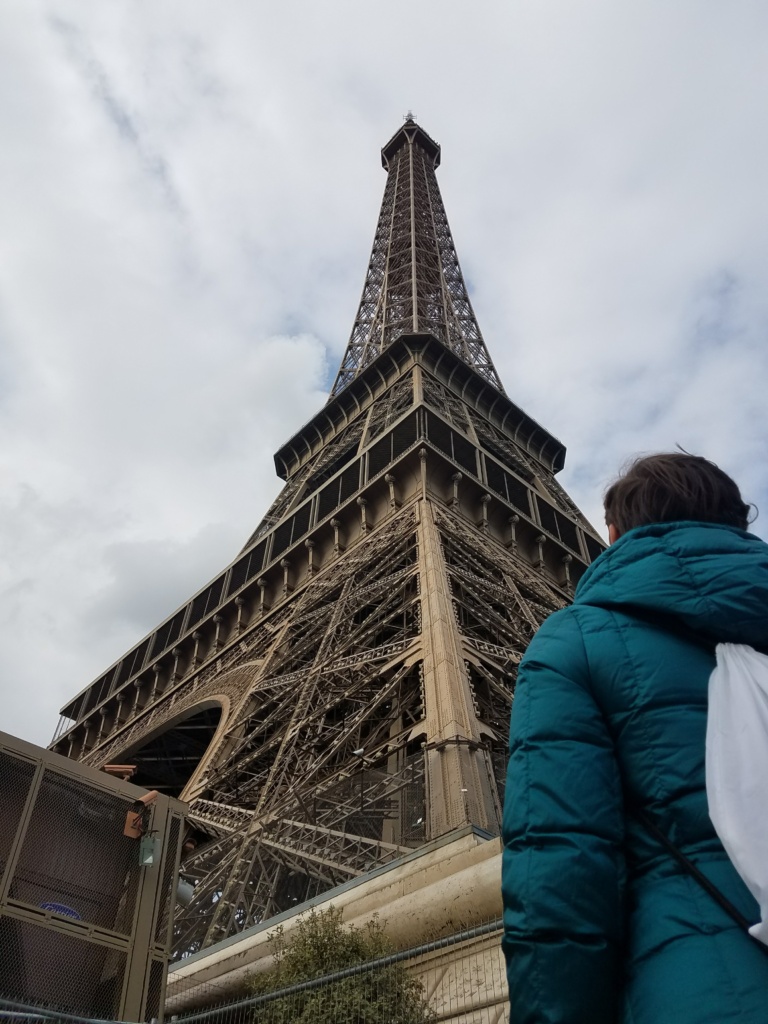 Ahh, Paris.  What a hard job it had as our final stop on our two week tour of Europe.  As a former Interior Design student and a French student, I have always dreamed of Paris – the croissants, the monuments….the croissants.  But how do you follow an extraordinary week in the Riviera? Truthfully, I think only a city like Paris would stand a chance.  Known for its wonderful food, its monuments and rich culture, and also as one of the world’s most diverse cities, it truly is a showstopper.  I’d dreamed of this day for years and it had finally come, but strangely, I had no plan.  The planner, with no plan!? We tackled Paris on foot & by the Metro, with creative ways to notch things off of our list in three short days. It took an umbrella, naps and macron pit stops, but we did it.  Grab a Café au Lait or a glass of Champagne, because this will be a jam-packed post! 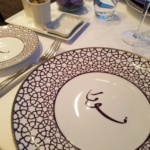 We arrived in Paris in the evening and finally for the first time on our trip, so had the rain.  But who can honestly complain when you’ve just spent 10 days in blissful sunshine in March? The first day in Paris I actually did have a plan and it involved food – surprised?  I know one Parisian, so I had asked for his food recommendations  and we were headed to what he called a hidden gem.  Le Zyriab by Noura is a Lebanese restaurant located on the 9th floor of the Institut du Monde Arabe and has breathtaking views of Notre Dame at night.  The restaurant is decorated in rich purples and golds with the city lights pouring through floor to ceiling windows.  This is a prix fix menu which involved so much food, even this girl couldn’t finish it all!  Our first fine dining experience in Paris and we learned three things: 1) you must always order a bottle of wine – it will be better than the priced equivalent at home 2) service standards are through the roof and 3) everyone eats much later than we do!  The first ones to finish our dinner (also the first to arrive) we decided to walk off the olives, hummus and pitas back to our AirB&B (we’ll get to that later).  With about a three mile trek ahead of us, we got to see a lot! Have you ever seen Notre Dame?  At night?  This was probably one of my favorite stops on our entire trip.  The 672 year old cathedral sits on the Île de la Cité, surrounded by Le Seine, its lights reflecting off of the water. I could have sat in the plaza for hours just staring in awe at its architecture. 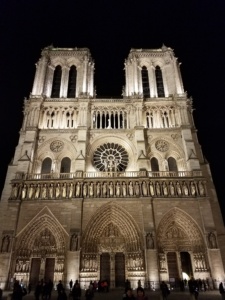 What I love about Paris is that as you walk, monuments pop up at every corner! We continued our trek and passed other historic sites – a photo doesn’t capture what we saw down the river, but we were so fortunate to capture this photo when we did – the Eiffel Tower quite literally sparkling in the distance. The following night, Paris shut the lights off on the Eiffel Tower, showing unity for their neighbors, for on that day, Britain experienced an attack near its Parliament building. 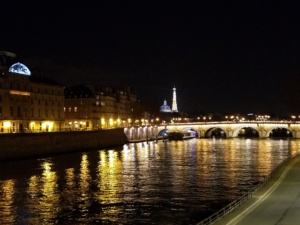 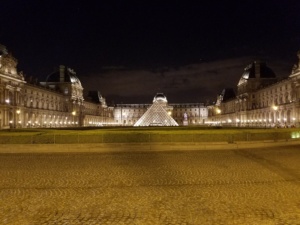 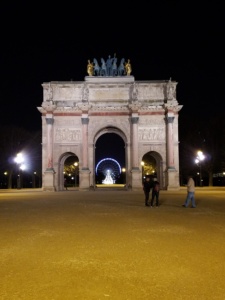 After a long night of walking and discovering the City of Light, we were in for a long night of sleep.  As you might know, I work for the lodging industry.  In the States, at least for the time being, I don’t do Air B&B unless it is a legitimate, commercially operated B&B.  BUT, I wanted to see what all the fuss was about and thought Europe would be a good place to give it a go.  Let me just say, our host was fabulous, but it wasn’t for me (or TJ). So in this post, there won’t be much emphasis placed on lodging.

On day 2, I had one goal in mind…macrons. Ok, that wasn’t the only goal.  Because we hadn’t planned too much for our trip to Paris, we used our new found fall back – Urban Adventures. We did a UA tour in Venice and fell innlove so we booked the Secret Paris Tour. Our tour guide, Tim was amazing.  Knowing we had just come off of one of UA’s best tours worldwide, Tim wasn’t to be outdone. Again designed as a walking tour, Tim showed us some of the off the beaten path showcases of the city.  Here were some of my highlights:

What a day!  And you thought we were done.  That night we were headed to one other somewhat planned experience – Moulin Rouge.  I had read mixed reviews about visiting the Moulin Rouge.  If you’re going to Paris and not sure, take my advice, GO!  But before you go, know that it will be packed and really warm. You might also be sitting across from a foreign prostitute (or so we suspect), but that’s all part of the experience!  Unfortunately for you, you’re not allowed to take pictures inside the Moulin Rouge and I try really hard not to be an obvious tourist and disrespect the rules.  So, I guess you’ll just have to go see for yourself! 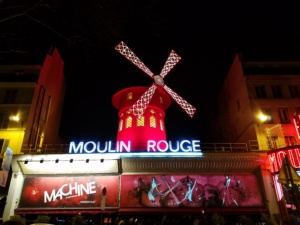 Are you exhausted yet?  I am. And we were.  If you’ve been to New York City, Paris is like that but on steroids.  We took naps every day.  It’s a lot of walking and a lot of French, even if you speak the language.  But we still had a few more things to tick off of our list.  We spent the final day tackling three final Paris must-dos. A daytime trip to the Eiffel Tower, the Arch de Triomphe (de l’Etoile) 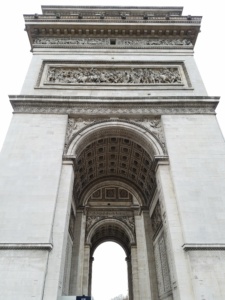 and a stroll down the Champs Elysées. Ducking in and out of shops and underneath monuments to hide from the rain, we finally hit our travel wall.  There really is only one way to finish a two week European vacation before a long flight home and that, my friends, is a genuine Michelin Star dinner (If you didn’t see that coming, you haven’t had enough Café au Lait).

After a lengthy Google search of “Michelin restaurants in Paris you can actually afford” we found a fabulous dinner menu at Le Relais Louis XIII that barely met our budget.  We dashed into Le Relais through a soaking downpour and were warmly greeted by a smiling staff. Our dripping coats were whisked away and we were tucked into a romantic corner where we could watch all of the hustle and bustle. Our final night in Paris was full of rich food, good wine and hours of hashing out one of the best trips either of us had ever taken.  We started our trip dreaming of one thing and discovering something completely different. Celebrating just one year of marriage in the books, we’ve been to some pretty cool places together.  The City of Love probably was the place to end, but who knows where we’ll head next time.

Where would you recommend? 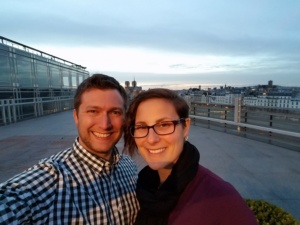