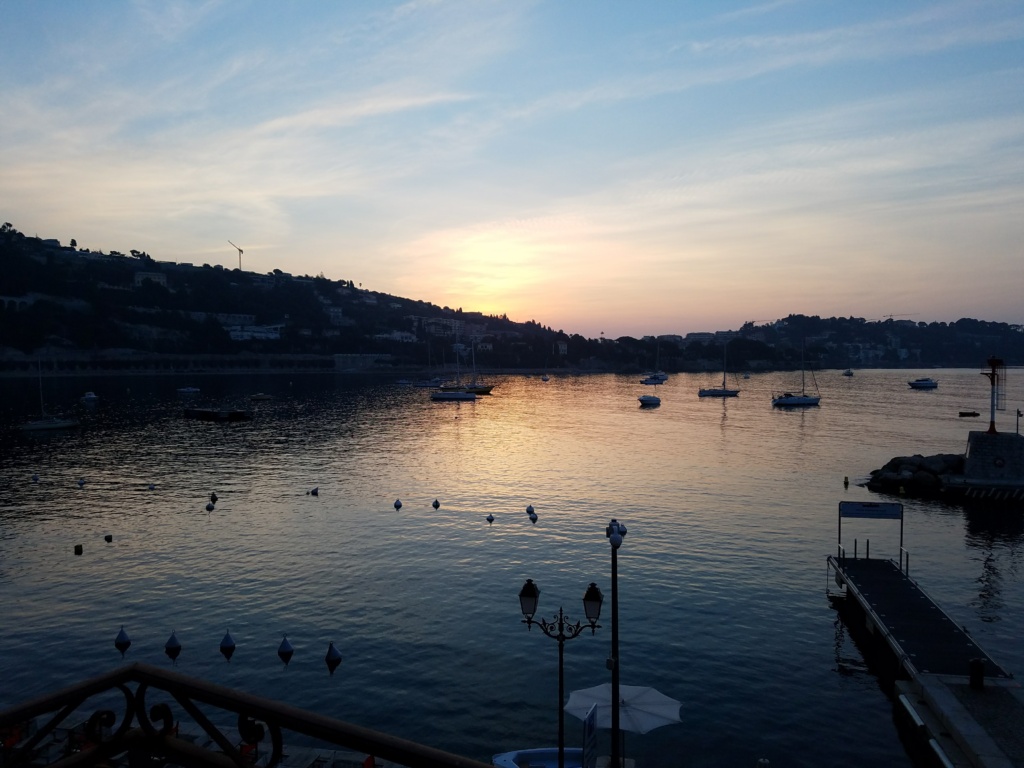 Over the past week, I’ve run into so many people asking about our trip and I quickly find myself lost in the French Riviera.  If I have to pick the best part of our trip, I would cheat and say the Riviera, French or Italian.  After such a wonderful trek through the Cinque Terre, we set ourselves up for a splendid three nights enjoying the luxuries of southern France.  So grab a bottle of wine, imagine the sun on your cheeks and get lost with me for just a few minutes…

For the first time in 10 days, we found ourselves in a rental car.  I knew the rules – DON’T RENT A CAR IN ITALY. EVER.  But France?  No problem.  We picked up our car and headed to our first stop.  I have to confess, this stop was not intended.  After months of careful planning and piecing the puzzle together, I had finally hit a snag when I 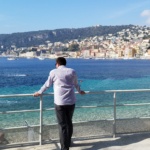 couldn’t figure out for the life of me how to get by train from Italy to France when I wanted.  I thought this was because it was a Sunday and everything stopped, but turns out, the good old Italian train system was just having their somewhat regular strike and train travel was limited that particular day.  So, we shifted and arrived in France on Saturday, but this meant we needed to find somewhere to stay, so we found the Welcome Hotel in Villefranche-sur-Mer, and I am so glad we did. Don’t get me wrong, we loved everything about Italy, but there’s something about the distinct change when you check-in to lodging in France.  I chose the Welcome Hotel for two reasons – it boasted that “every room has a balcony with an ocean view” and there was a promo price available! And balcony with a view it had.  We walked into our room and the view from our corner balcony room was breathtaking.  I actually had tears in my eyes and immediately called my mom to video chat and show her what I was seeing. (The picture above is the sunrise from our balcony!) One thing we immediately noticed from the balcony was an American flag.  We asked the front desk on the way out to dinner and they explained that shortly after WWII, the 6th American fleet had chosen Villefranche as its home port and the hotel’s bar welcomed American sailors, which made me think, “this was the smartest fleet, because Villefranche and Saint-Jean-Cap-Ferrat is one of the most beautiful places I’ve ever been.” But, I’m not the only one that thought so… does it sound familiar?  Try dropping the Saint Jean and getting the Ferrat right – 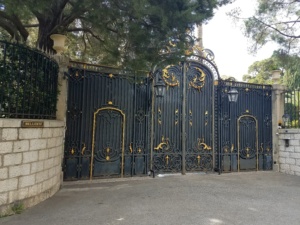 pronounced fur-ay. Cap-Ferrat has been home to celebrities and money for centuries. Our hotel concierge pointed us in the direction of the Villa et Jardins de Rothschild.  And better yet, we could walk along the beach to get there. On our way to the mansion that sits on the point of Cap Ferrat, we passed another landmark home named Villa Nellcôte.  My parents knew exactly what this was, you might not.  It was leased by Keith Richards in the early 1970s and served as the recording studio for the Rolling Stone’s album Exile on Main St.! 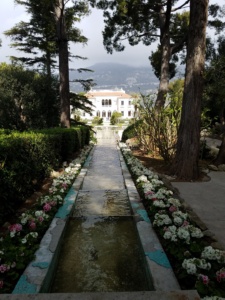 We finally arrived at the Rothschild mansion and were absolutely blown away.  The house is pink to start, but oh! the gardens!!  The mansion was constructed in the early 1900s by Baroness Beatrice de Rothschild. Beatrice was married to Baron Maurice de Ephrussi who liked to gamble.  Beatrice saw her husband gambling away their money and decided to separate from him, building her own home (this would never happen in the early 1900s!).  A room was even built for him to keep up with social expectations. She was known for eclectic taste and outlandish ideas. She once held a wedding for her dog, inviting hundreds of guests and even having a doggy bridal party. When she died, Beatrice donated the mansion and its gardens to the Academie des Beaux-Arts.  We took the full self guided audio tour and I was InnLove. Beatrice sounds like a total rockstar and her house is amazing.  The garden paths go for what seems like miles, snaking through different gardens from the Rose Garden to the Japanese Garden.  The central focus point are dancing fountains which are coordinated with music every 30 minutes or so. 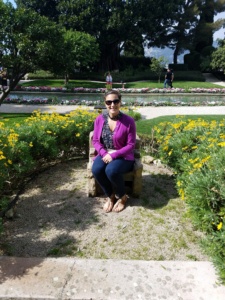 After hours of exploring the grounds, we were headed to Nice.  We had two goals in Nice – lunch and laundry.  If you haven’t already noticed from pictures, TJ and I had very few clothes on this trip.  We were restricted to two backpacks for two weeks with a weight limit of 20 pounds each – somehow I managed three pairs of shoes and a coat, my dad taught me well! It was recommended we try the pizzas at Le Safari and that’s where we were headed.  After a slight miscalculation by Google down a pedestrian street, we safely made it to a parking garage. Luckily the laundromat was a couple of blocks from the restaurant which meant we could easily mix wine and washing! 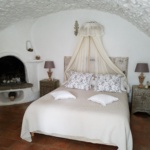 After our whirlwind trip to Nice, we set out along the Grande Corniche to the village of Eze. Just west of Monaco, Eze sits at one of the highest points and is only reachable by foot. We chose to stay in a little cottage just across the road from Eze, nestled at the entrance to the national park. La Vieille Bergerie was one of the most charming 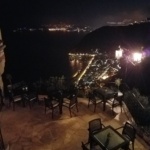 places I’ve ever stayed.  Our little cottage was perfect, with a cozy bed, a fireplace, and beautiful grounds.  After a quick “check-in” we were set for one of our most exquisite dinners of our trip. My parents, also lovers of all things food and travel, had very graciously gifted us a table for two and the 8-course Degustation Menu at Chateau Eze.  One of the finest hotels and restaurants in the village of Eze, we knew we were in for a treat.  The restaurant first welcomes you into a waiting lounge of sorts, with views of the ocean and a fireplace on the cool mountain evening.  (TJ also loved the 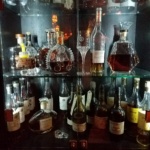 case of expensive liquor.) The restaurant itself is quite small, with only a handful of tables, overlooking the ocean (from the top of a mountain…translated to – we were hanging off of a cliff).  The dinner, the wine and the service were nothing short of a life experience. We actually took a picture of the wine we ordered, knowing that if we can ever find it again, we must buy it it was so good! 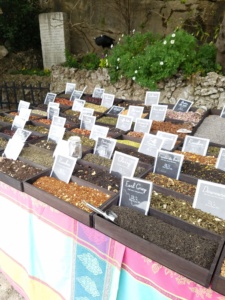 The following morning, we headed back to Eze to discover the village during the day.  At the entrance to the village, we were greeted by a man selling tea and spices. The display itself was breathtaking. The colors were so bright and beautiful, and the smells sweet and tempting.  (Of course, I headed home with 4 bags of tea.  It’s hard to choose souvenirs when you have a weight limit on your luggage!) The village of Eze use to have residents, believe it or not, but it has transformed into an artists community with little shops tucked into every possible nook and cranny. In the pictures you’ll notice 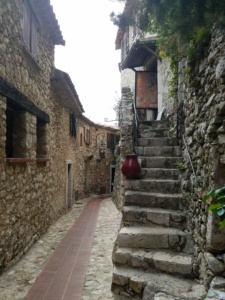 what appear to be sidewalks – these are the only roads. When I said this town was only reachable on foot, I wasn’t kidding! If you visit and have time, you must check out the garden.  It quite literally disappears into the sky, because you’re so high above the village. The climate makes a perfect home for cacti and other beautiful flowers.  Some of our best pictures are from here. 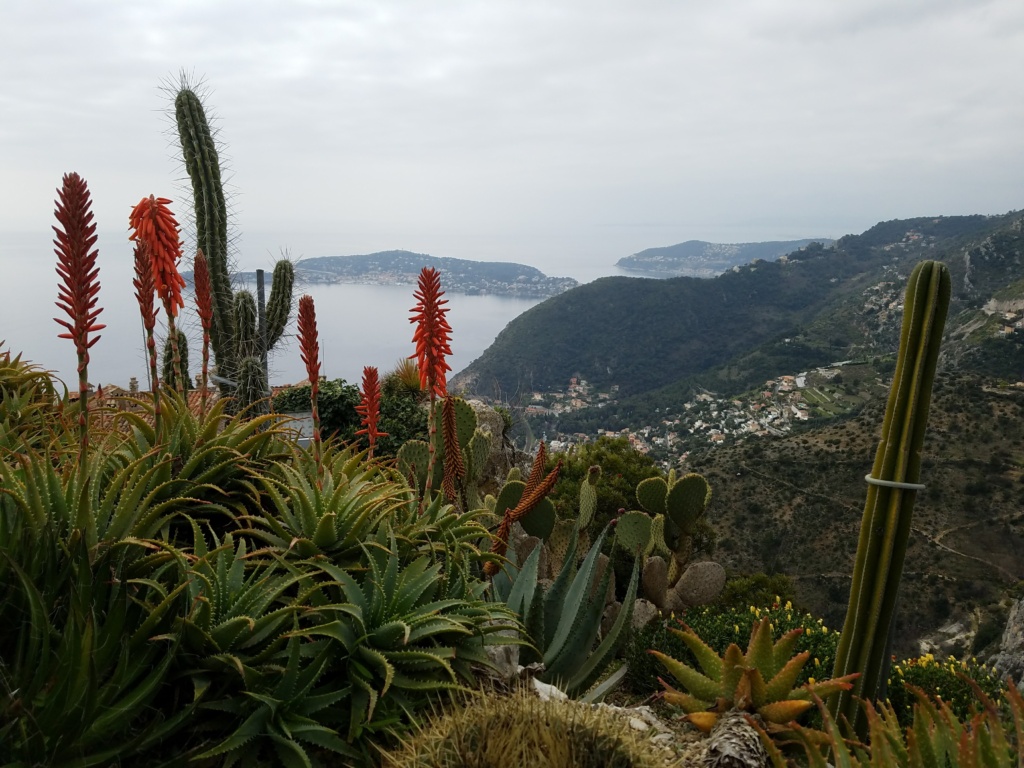 That night, we were headed to Monte Carlo.  TJ had been waiting the entire trip to check out the famous casino.  We spent the evening wandering the streets of Monaco, taking Rick Steve’s walking tour of the palace and notable places.  We took our host’s suggestion and headed to the Marina to watch the yachts and grab a happy hour drink.  We had a fantastic dinner at Huit et Demi. And then, we headed to the casino! The most impressive part of the casino, in my opinion, was the outside! 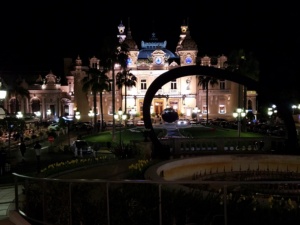 Before we leave the Riviera, I must give kudos to Roselyne, the owner of La Vieille Bergerie. Our stay was fantastic and her breakfast of homemade yogurt, croissants and tea we agreed, was one of the best breakfasts of our 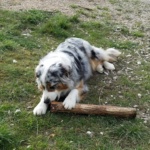 entire trip. Roselyne has two adorable Australian Shepards, Isia and Moon who were also quite gracious hosts. At this point in our adventure, we had mixed hotels and B&Bs and I said to TJ, “I have seriously made some of my best lodging decisions on this trip.” The variety was refreshing and as a traveler, each had its own perks.  Roselyne, like Guliano, the guesthouse owner in the Cinque Terre, is someone I’m so glad to have had the chance to meet. (Roselyne, if your’e reading this, you’re always welcome to visit us in the States!)

Until next time, French Riviera, because there will absolutely be a next time…